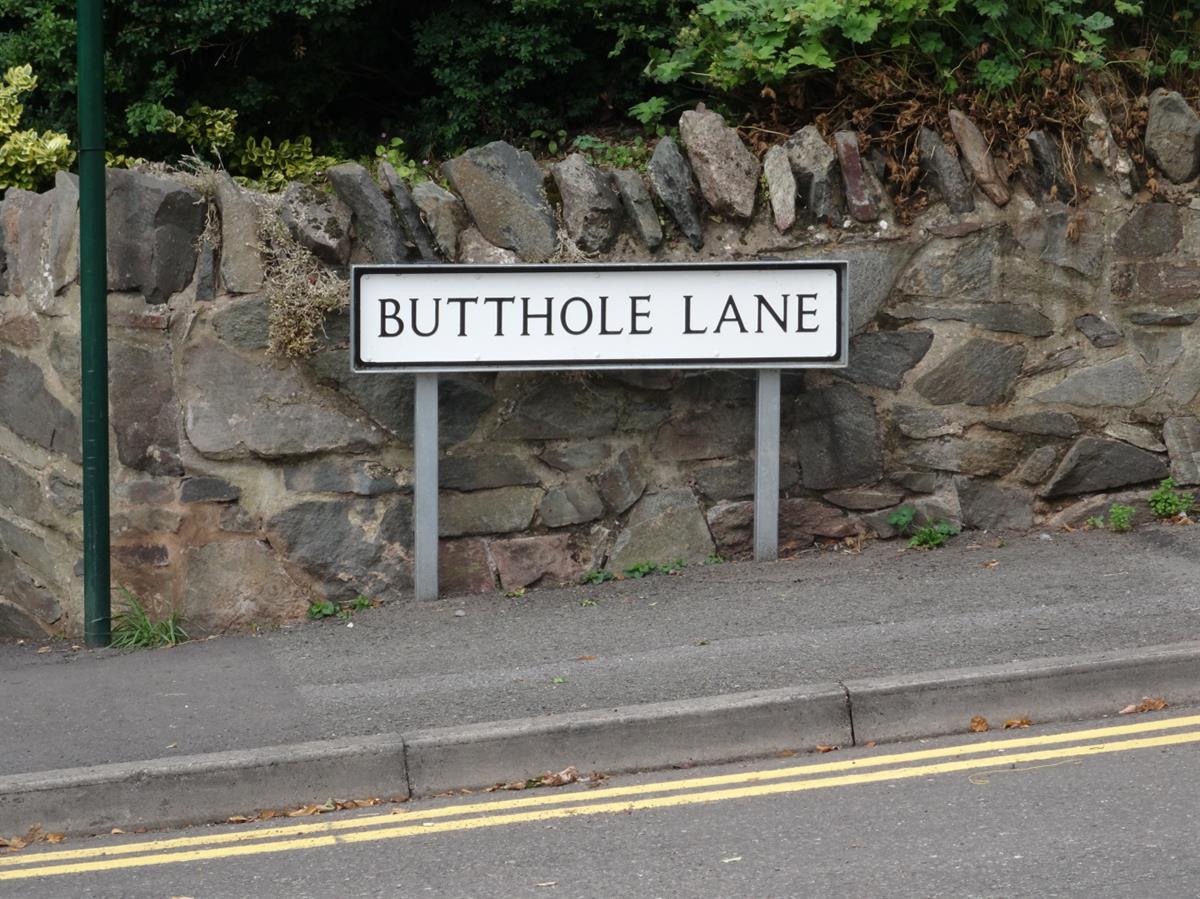 The UK is a true melting pot where street names are concerned!

We certainly have our favourites, with over 3000 ‘high streets’ and 2000 ‘station roads’ across the country.

However, there are also some unusual and hilarious street names hidden across our beautiful counties.

11 of the UK’s Most Quirky Street Names

Located in south-east London, Ha-Ha road has to be one of the most unusual street names the country offers. Unfortunately, the story behind the name is not quite as funny as one would first assume.

A ha-ha is the name of a sloping ditch, used in this instance to create a separation from the land housing livestock and the land owned by the ministry of defence.

Situated in bustling east London, Frying Pan Alley takes its name from the original shop that previously stood here. A place specialising in pots and pans of all shapes and sizes, it has a large sign outside showcasing what the shop used to offer.

Oxford’s unusually named road routinely features in the list of the most embarrassing street names in the country. However, the occupants believe the giggles are well worth it.

Houses on this road are a whopping £40,000 cheaper than those on the surrounding streets!

The only street in the UK with this name can be found in Sandwich, Kent. Whilst no one appears to know to origination of this name, it certainly attracts a lot of attention.

Tickle Cock Bridge is a pedestrian underpass in Castleford. The name provides a laugh for those that visit, but it holds a special place in the hearts of many locals.

Following a renovation in 2008, the council changed the name to Tickle Cott Bridge, which was met with outrage from those who live nearby. After many petitions and protests, the local authority reinstated the much-loved Tickle Cock title.

This road has attracted an enormous amount of attention over the years, and was unsurprisingly voted the most festive street in the country by the Royal Mail.

Interestingly, the name has nothing to do with the Christian holiday. Instead, it originates from a prominent family who used to live in the area.

This street in Doncaster gets its name from Medieval English and simply refers to its location at the back of the village. Whilst it doesn’t have the most extravagant backstory, the road attracts plenty of laughs from passers-by.

There is an air of mystery about this strangely named road in Rotherham, as nobody is quite sure where the name originated.

Perhaps one of the most unusual names in the country, but which unfortunately offers no explanation.

In Tudor times, this area was home to many fencing schools. In a similar fashion to countless other streets in London, the Hanging Sword Alley took its name from the activities or amenities available.

Due to its proximity to Tower Bridge, knights would be regularly seen riding along this street, hence it’s name.

Slaparse Lane sits just outside of Exeter, and unfortunately, there is no concise story about how this street gained its quirky name. But, it will continue to attract a giggle from visitors who pass by every day.

After many years of being embarrassed over living on Butt Hole Road, the residents of Conisbrough petitioned to have the name permanently changed.

It wasn’t necessarily the name that offended the locals, but the tourist attraction it had become.

Following approval in 2009, the name was changed to the rather more sedate, Archers Way.

Can a Street Name Increase the Value of Your Home?

Interesting, properties ending in ‘Street’, ‘Court’ or ‘Terrace’ tend to be significantly more affordable that those ending in ‘Road’ or ‘Lane’.

Additionally, studies show that homes with odd house numbers are worth, on average, £30,258 more than those with even numbers.

Aside from the property itself, there is a vast range of factors that will affect the value of your home.

For example, the proximity to excellent local schools can drastically increase the worth of your home. For those with young children, or those looking to start a family, this is often a non-negotiable element in their house search.

Additionally, a close-by local pub and proximity to a train station will also add huge amounts of value to your home.

What’s the quirkiest street name you’ve ever heard? Let us know so we can add it to our list!